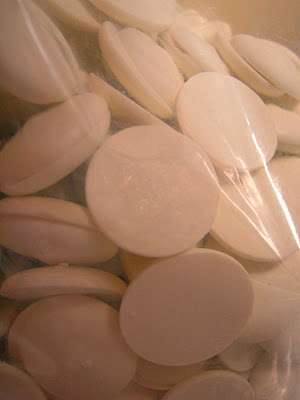 Sometimes the best things start with chocolate. This time though, the white chocolate was a delicious little addition to what I was trying to create. I have a wedding in just a couple short weeks and the bride and groom, Devan and Jen, requested a Vanilla Chai cake. I've searched high and low for recipes but couldn't find any that were what I wanted. I decided I would just have to create one on my own and have some taste testers (or any friends that wanted to try) tell me what they thought. I had read a ton of different recipes, some calling for Chai Concentrate, some for powdered drink mix, and others that actually ground up all the individual spices and tea and added it in. So I went about mixing and measuring to create this delicious flavor. 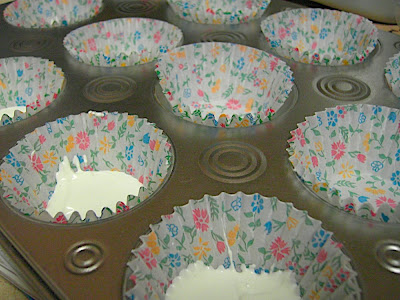 As I was mixing I thought to myself, "mmm, wouldn't it be good to have white chocolate on the bottom of this cupcakes!" So I melted some down and divided it up in the cupcake holders. Flowers for spring! I'm SO ready! 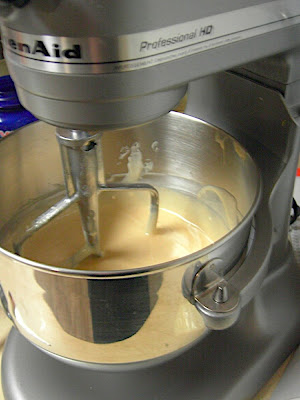 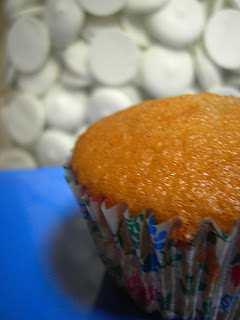 I also decided to experiment with some frosting. I have a nice reliable buttercream recipe but since I was experimenting to begin with, I decided to run with it! I had read all these different recipes from other blogs I frequent, some are made with pudding mix, some called for melted white chocolate, others for cream cheese. I thought, why not have it all? So that's what I did. This is my white chocolate cream cheese frosting. Definitely not a decorating frosting, it was much too soft and sticky, but it was really good. And don't forget the dash of cinnamon on top! 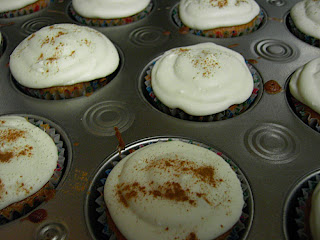 Now I only have one cupcake pan, so the rest of the batter became a cute little 6" cake with cake crumbles and white chocolate chunks on top. 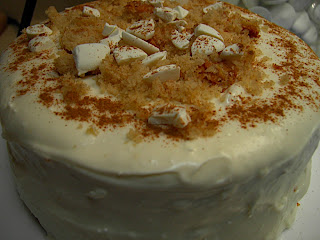 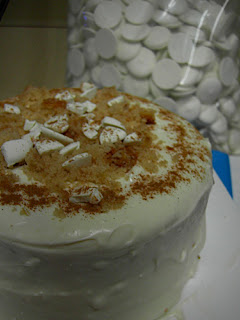 Tori
Kalispell, Montana, United States
I have been decorating cakes for about 2 years. I started doing it with my mom and I just love it. I'm so excited to get new skills and keep making cakes!